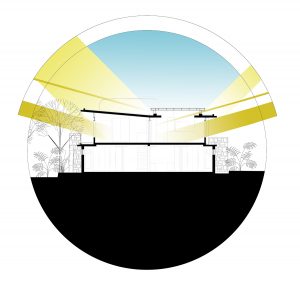 Surrounded by the Twelve Apostles, this Camps Bay project was a complete transformation of an existing single-story mountainside property. The brief required the addition of a new upper level, reconfigure of ground floor spaces and retention of the garage at street level. 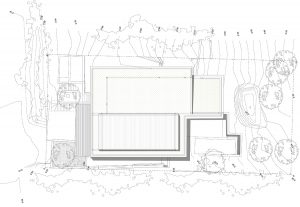 Taking the prime location into account we wanted to best capture the endless north facing ocean views to the front of the house and frame the surrounding mountains at the back of the property.

The design feel is ‘loft-style apartment’ with the upper level consisting of two bedrooms directly linking to the living spaces. The flow from this area to the sheltered courtyard, pool and numerous balconies is divided by large floor-to-ceiling cavity sliding doors. These doors disappear when open allowing the outside areas in. More ocean views are achieved from two additional bedrooms on the lower level which free flow onto a seaside terrace.

The architectural intent was to blur the distinction between inside and out by creating the whole upper level to be perceived as an outside space with a floating roof over. The roof is a single cast concrete structure kicking up on the east side towards Lions Head. Over the bedrooms, there is a secondary pop-up roof to allow light and views into the deep parts of the building. 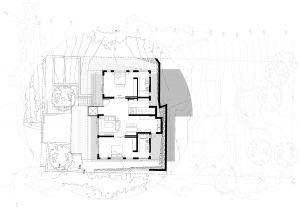 The building has two different facades in response to the natural context. The living areas on the east side are enclosed with clear glazing to allow for morning light to enter. When all doors and windows are open the steel structure is exposed giving view to its slenderness. The bedroom to the west is enclosed with sliding shutters to screen the glazed facade from the harsh summer sun and cools the building down in the evenings. When all shutters are closed the west half of the house appears as a wooden box, suspended under the floating concrete roof. The box structure is symbolic to the way in which the design has captured the external beauty – when inside, the box takes on a level of complexity demonstrating the coming together of built forms and its natural context can be felt. 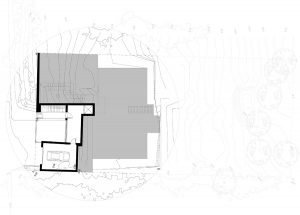